Let us guide you through the process of relocating to Japan, step by step. Rest assured that you are in the hands of professionals with a wealth of experience in the relocation field and the answers to all the questions you never even knew to ask!

The area around Roppongi station is considered Tokyo’s nightlife capital and is bustling with foreigners and young Japanese after dark. There is unlimited availability of restaurants and bars, and the popular Roppongi Hills complex is conveniently located just a short walk from Roppongi station. A popular meeting place at Roppongi crossing is “Almond.”

The Hiroo station area (in Minami-Azabu) is otherwise known as “expat central,” with many foreign residents. This area has a vast number of facilities available to foreigners, including embassies and consulates, international preschools and kindergartens, international supermarkets, and parks. Arisugawa Park is a very popular place to visit for those with small children.

Azabu Juuban’s main street is one of the few treasured places in the center of Tokyo that still has a traditional “Japanese” feel to it. Many of the stores have been there for hundreds of years, and you will often find long lines of people that have come from afar to experience its delicacies. Conveniently located within walking distance to Hiroo and Roppongi Hills.

These areas are most popular for those with children attending the American School in Japan (ASIJ) due to the shorter bus ride than from other areas. Larger western-style housing is easier to come by, and most of the areas are quiet and relaxed, giving a suburban feel. Yoyogi Park is located nearby, and events often take place here on the weekends.

Shoto is a small and exclusive area located not far from Shibuya station. While the Shibuya station area is bustling with activity day and night, Shoto is situated in a peaceful residential area just a stone’s throw away from all the action. Convenient access to department stores and shopping and many different train and subway lines make this area a popular choice for expat living.

Located just a short walk from Harajuku station, Omotesando is known as the “Champs-Elysees” of Tokyo. A beautiful tree-lined avenue with plenty of upscale boutiques, restaurants, and cafes. People from all over Japan come to visit, and it is particularly busy with shoppers on weekends. A great environment convenient to many areas of Tokyo; however, housing options are somewhat limited here.

Jiyugaoka is a fashionable town nested within an affluent residential area and is most noted for its many homeware stores and boutiques. The narrow streets, quaint and unique shops, and village-like atmosphere of Jiyugaoka is popular with those wanting to be in a convenient location to both Shibuya and Yokohama.

Nakameguro is a trendy but peaceful downtown area popular with music, fashion, and art lovers. The area has a quiet and traditional feel, making it difficult to believe that you are just a hop away from bustling neighborhoods such as Shibuya. Narrow 3 story structures are common in this area, as well as other interesting styles of housing, including “designer’s mansions.” 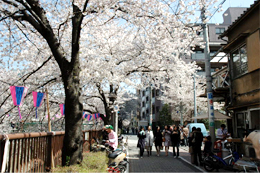 These areas are popular with the more established foreign community and those who want a real taste for life in Japan. Conveniently located on the JR Yamanote loop line, the areas are quiet on the weekends and have a residential feel. A large variety of housing is available for much less than in other traditional expat areas.

These areas are popular with the more established foreign community and those who want a real taste for life in Japan. Conveniently located on the JR Yamanote loop line, the areas are quiet on the weekends and have a residential feel. A large variety of housing is available for much less than in other traditional expat areas. 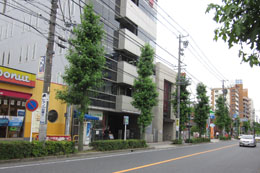 Shinjuku is the busiest station in Japan, with some 7 million people passing through it each day. The area constantly has a crowded feel with an abundance of office buildings, department stores, and hotels. Housing is generally not available in the heart of the district, and most people choose to live in areas allowing a convenient commute, such as Yoyogi Uehara and Roppongi.

Chiyoda-ku is home to the Imperial Palace, tucked away and hidden by high walls and moats. These areas tend to be favorites with the European community, especially the French, due to the proximity to the French school. Shopkeepers generally will not speak any English, so getting by can be a little more complicated than in other areas. The availability of housing is somewhat limited. However, seekers can find large expat-style apartments with the right timing.

Ginza has been popular with middle-aged Japanese women for decades and is one of Japan’s most exclusive and expensive shopping areas. Aside from shopping, there are many restaurants and hostess bars, and you can also experience Kabuki at the beautiful Kabuki-za Theatre. The availability of housing in this area is limited due to the high price of land. 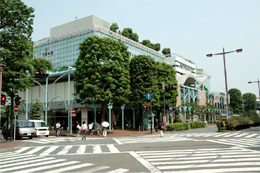 A popular choice for families with children attending St. Mary’s (boys school) and Seisen (girls school), this area is excellent for those wanting to escape the city but still have convenient access to central locations such as Shibuya. The neighborhoods are pleasant and peaceful, and abundant with greenery and larger western-style housing is readily available. 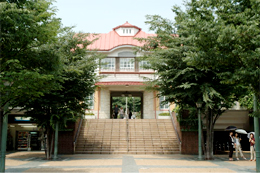 Parks and leisure facilities abound, and the Tama River is a popular place for barbecues and picnics. A popular choice for living with those with children at the German school. Many properties, including detached houses with gardens and luxury apartments, are available.